Raphael Guzman is Professor of Neurosurgery and Vice Chairman of the Department of Neurosurgery at the University Hospital Basel and the University Children’s Hospital of Basel (UKBB). His clinical expertise is in Pediatric and Cerebrovascular Neurosurgery. Prof. Guzman’s research group examines the clinical relevance of neural stem/progenitor cells (NPC) in brain ischemia and particularly in neonatal hypoxic-ischemia (HI) with regard to white matter regeneration. Neonatal HI is an important cause of cerebral palsy (CP), leading to devastating sensory-motor, cognitive and learning deficits in the growing child. White matter injury is a central feature of HI and CP, and defects in myelination are also commonly identified in other neurodevelopmental disorders, including autism spectrum disorders (ASD). White matter myelination generally reflects the progression of functional brain maturation and connectivity in the first years of life and dysfunction in this crucial process might contribute to the etiology of common symptoms found in CP and ASD. His laboratory is currently investigating the molecular and cellular crosstalk between NPCs and resident brain cells, particularly myelinating oligodendrocytes, in vitro and in a rodent model of neonatal HI. The question is how the NPC secretome influences the process of endogenous white matter regeneration. Most recently, his research demonstrated that NPCs orchestrate microglial functions via secretion of specific factors. This finding may have particular relevance for the NPC-mediated structural plasticity of white matter. Further studies will also include rodent models of autism to explore the interactions between the NPC and immune system, and their specific contribution to white matter regeneration. The laboratory methodologies include powerful imaging techniques such as Diffusion Tensor Imaging (DTI), bioluminescence imaging and Synchrotron X-ray fluorescence, as well as behavioral assays, histology and molecular biology.

For detail and recent publications: https://www.unispital-basel.ch/ueber-uns/bereiche/chirurgie/kliniken-und-abteilungen/neurochirurgie/ueber-uns/team/pers/raphael-guzman/ 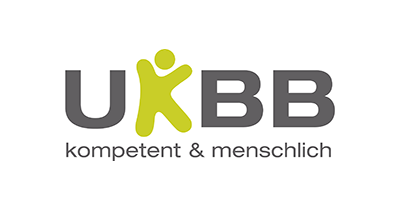